When your download completes, double-click PrivateWifi.dmg under your Downloads button to install Private WiFi.

When your download completes, select "Open" next to the PrivateWiFi installer to install Private WiFi.

When your download completes, click on the PrivateWifi installer under your Downloads button to install Private WiFi.

When your download completes, click on the "Run" button next to PrivateWiFi.exe to install Private WiFi.
X Got it.

Private WiFi is easy-to-use VPN software that protects your sensitive personal information whenever you’re connected to a public WiFi network.

Connecting to public WiFi hotspots has become a way of life. Millions of people connect to public WiFi everyday without thinking – at coffee shops, hotels, restaurants or airports. It’s fast, it’s free, and it’s convenient. But it’s not secure. Everything transmitted on your laptop, smartphone, or tablet over WiFi hotspots can be grabbed out of thin air – and many users don’t understand hotspot security risks. Roughly 39% have accessed sensitive information while on WiFi hotspots, according to a Nielsen/Harris Poll. That means their privacy and security is in danger every time they connect.

Private WiFi encrypts Internet traffic and protects hotspot users from hackers and identity thieves, creating a secure tunnel that is invisible to hackers. In a world full of wireless security risks, Private WiFi puts the power to protect hotspot users’ information in their own hands.

The New York Times calls Private WiFi the “VPN for the masses.” The mobile extension was named one of the 20 essential business apps for iOS users by Network World. And PC Magazine featured Private WiFi as one of the “Ten VPN Services You Should Know About.”

Private WiFi is the best VPN product currently on the market. Available for your laptop and mobile device, Private WiFi features a user-friendly interface, utilizes the most sophisticated technology, and provides U.S.-based Customer Support, available 8AM to 12AM EST Monday through Friday. Some of our competitors offer a free VPN, but they will track you and serve you advertisements based on your web surfing in order to monetize your data. We are a low-cost, high-quality VPN solution that is better than any of the competition because it takes your privacy and security seriously.

Private WiFi is the flagship product of Private Communications Corporation, founded by Kent Lawson in 2010. After reading a series of articles in The Wall Street Journal, Forbes, and The New York Times about the security vulnerabilities of WiFi hotspots, Lawson was inspired to come out of retirement and work to resolve the problem. With over 40 years of computer industry experience, Lawson has launched several highly successful technology ventures. Prior to Private Communications Corporation, he founded Magna Software Corporation and ran it for nearly 20 years, before retiring in 1998. 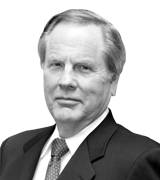 Kent Lawson is the President and CEO of Private Communications Corporation and creator of its flagship software Private WiFi.

With over 40 years of computer industry experience, Lawson has launched several highly successful technology ventures. Prior to Private Communications Corporation, Kent founded Magna Software Corporation and ran it for nearly 20 years, before retiring in 1998. Magna specialized in mainframe software, and its products are still being used in businesses and government agencies today. Prior to Magna, he was President of Lupfer and Long, a computer programming company that provided consulting and contract services to government agencies.

Kent started his first company during his senior year of college and landed a contract to develop software for Pillsbury. During the Viet Nam war, Lawson served at the U.S. Naval Academy in Annapolis where he trained faculty and Midshipman in computer use for academic purposes.

In 2010, after 12 years of retirement, Kent became interested in Internet privacy and security issues and the vulnerability of wireless communications in WiFi hotspots. He created Private Communications Corporation to protect consumers and corporations from privacy and security breaches on the Internet. Private WiFi, the company’s first product, protects individuals and business people while using laptops and other mobile devices at public WiFi hotspots.

Kent holds a BA degree in Economics from Beloit College, an MBA from Washington University and is a graduate of Harvard Business School’s Owner/President’s Management Course. Inc. Magazine recognized his previous company, Magna Software, as the 151st fastest growing company in the US. 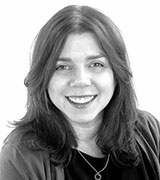 Jennifer Praeger heads up all aspects of business development & partnerships for Private WiFi. In this role she is responsible for building sustainable partnerships to scale Private WiFi’s business. Her career spans executive-level marketing and online communication strategy positions at a range of non profit and for profit organizations. Prior to joining Private WiFi in 2011, Jennifer was the Web Marketing Manager at Mount Sinai Medical Center. Ms. Praeger also held senior level marketing positions at Metropolitan College of New York, ClickandBuy, Mason and Geller Marketing, and Lloyd’s of London Press.

Ms. Praeger holds a Bachelor of Arts from Sarah Lawrence College and a Master of Business Administration in marketing from NYU’s Stern School of Business. 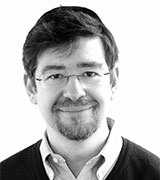 Albert is responsible for the company’s technology development, infrastructure, products and services. He began his career in the video game industry as a developer, eventually founding his own company before transitioning to the Internet in the mid-90’s.  Albert then held technology management positions at various Silicon Valley startups and large companies including Red Jade and DoubleClick.  Albert went on to become the CTO of Global Outsource Management, a U.S.-based outsourcing company with offices in China doing development for Fortune 500 companies such as MTV and numerous divisions within Microsoft.  Prior to joining Private WiFi, Albert was the CTO of Publicis Healthcare, the largest healthcare advertising company in the world.

With over 20 years of software development and executive management experience, Albert has an extensive background working with both off-shore and in-house teams as well as on the corporate level, providing innovative thinking and strategic leadership.  Albert lives in the New York City area and enjoys skiing, various creative endeavors and spending time with his family. 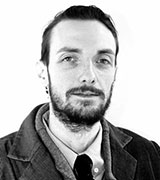 As the Vice President of Technology Operations for Private WiFi, Lane Franklin Liston oversees the technological infrastructure implementation and administration to streamline transnational developers, servers, and ancillary equipment functions for rapid, secure and effective product delivery. Working to build effective coordination between customers, clients and technological infrastructure, Liston is involved in all dimensions of Private WiFi's capacity to anticipate and re-imagine technological possibilities.

Lane joined Private WiFi with over fifteen years of IT expertise in both an established Fortune 500 company and smaller businesses with distinction in the field of innovation and technology.  He worked for Honeybee Robotics for ten years holding the position of Director of IT/MIS and provided the overall strategic operational leadership of technological planning, architecture, research and development. Memorable projects include his involvement in heading up Honeybee’s communications for the MER link and SAP Station to Jet Propulsion Laboratories and then the planet Mars for the 2003 Mars Exploration Rovers mission. Lane has also worked at Proteometrics as a Software Test Analyst and at Texas Instruments (formerly Tartan Laboratories) in different positions, learning multiple machine languages and JTAG emulation for digital signal processors and microprocessor toolsets.

Lane holds a BA, MS and MBA and has studied at the University of Pittsburgh, Juilliard, Fashion Institute of Technology, Marymount, Polytechnic and NYU.

In addition to being a trained NYS certified EMT, Lane enjoys taking classes in sewing and tailoring, as well as jewelry design and gemology at New York's Fashion Institute of Technology. He is an avid Steelers football fan. He lives in Manhattan. 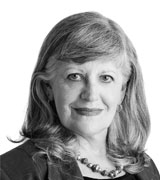 Pat Brill serves as Private WiFi’s Director for HR & Finance. In this role she is responsible for all aspects of human resources, business administration and finance for the business.

Pat joined Private WiFi in 2010 as it’s first employee. She has more than 30 years of management experience in finance, human resources, and office management. Her roles as a Business Manager and Director of Human Resources have been with small to medium sized companies in the technology and creative industries. Pat earned a Bachelor of Science is Social Sciences from Adelphi University, New York. 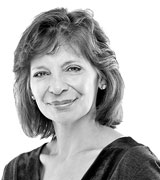 Rima Christie is Private WiFi’s Director for Customer Support Management. Rima and her team are responsible for the company’s world class customer support.

Recently, our employee Caleb Huff was featured in a segment on CNN which focused on how public WiFi can easily lead to identity theft. Caleb showed the CNN reporter just how easy it was to snatch usernames, passwords, and even credit card numbers when a person failed to protect themselves with a VPN when accessing [ Read More → ]

CBS News' Jericka Duncan reports on how Private WiFi can keep you safe on public WiFi.

Gadgetwise profiles “VPN for the masses”.

I am very impressed with your customer service and your product!

I needed to say thank you! You twice have given me very fast and precise customer support...Your costumer support is second to none, you seem genuine with your willingness to help the consumer and for that I thank you.

I just want a state again that my interface with your company has, on every level, been outstanding – even extraordinary. You guys are great.

Thank you for such a fast response, you guys are EXCELLENT AT CUSTOMER SERVICE!

Easy to use anywhere. Connection is fast to server locations.

Customer service is very prompt - my experience is <2 hours for a useful tech response and resolution.

Private WiFi has ‘had my back’ ever since I installed the app! Lets you feel you are being looked after.

I really love it. It’s great ! Best VPN I have used.

I have to say it's awesome!! I am able to go online and take care of what I need. They give you a 10 day free trial as well. Outstanding app - highly recommend it!

It's all working perfectly now thank you and your team very much for fixing this problem so fast for me I'm very happy.